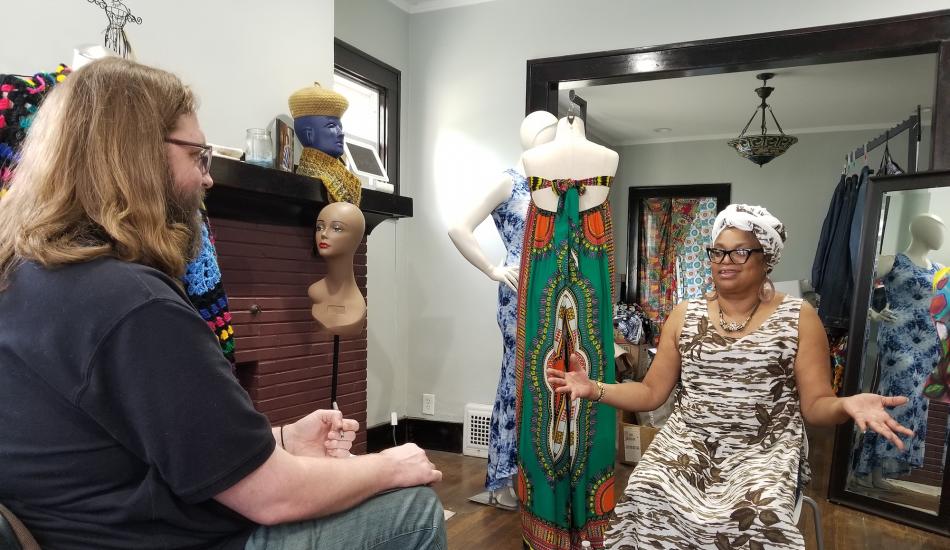 While technologies like artificial intelligence are often developed by large corporations, emerging technology can also be applied to help with small-scale artisan work that is often environmentally friendly, community-driven, and locally owned.

Eglash, Bennett and their co-PIs Mark Guzdial and Lionel Robert were awarded a $1.55M grant from the National Science Foundation for their project “Race, Gender and Class Equity in the Future of Work: Automation for the Artisanal Economy.” The grant will extend over the next three years.

“Often research on the future of work is focused on things like robot assistance in surgery, or AI for lawyers,” says Eglash. But he says there are potential applications for low-income communities as well.

Small businesses from beauty salons to corner bakeries are primarily owned by people who are traditionally from underrepresented groups, whether that be race (such as Black, Native, Latinx), gender or those in lower socioeconomic statuses. While cautioning that artisans and maker-driven work should continue as human-created, Eglash and his team want to know how technology can be used to benefit these businesses.

During the project, the researchers will first work with artisans in Detroit on practical applications of technology for digital fabrication. “We want to collaborate with that group to see if automation technologies can boost small scale efforts into an artisanal economy; one that maintains race, gender and class equity, better environmental sustainability, and avoids the problems that arise with giant corporations and mass production,” Eglash says.

Future research efforts will include experiments in production, supply chain, and strengthening entrepreneurship within the community by using technology to bolster artisan businesses. The team also plans to provide “traveling labs” that allow artisans to experiment with new techniques, providing computers, “maker” equipment, electronics, and other technological tools to explore hybrid forms that merge tradition and innovation. Their pilot studies range from the use of AI to spot factory fakes of hand-made items to 3D printing for braiding salons. The project will culminate in a conference that allows groups across the nation to see the end results of the artisanal experiments, and discuss the potential for expanding such approaches in many communities.

Eglash notes that technological innovation already exists in these communities: “You can see fractals in cornrow braiding, DIY engineering in low-rider cars, all sorts of creative potential that is constrained by lack of resources.” By providing new technological opportunities, “we hope our research will point the way towards deeper, more equitable forms of democratic innovation and economic production.”